Wireless range and antenna integration Wireless range is one of the most important design criteria for any wireless IoT device. It has a huge impact on the user experience through reliable communication but also on battery life and how easy a device is to handle. A major misconception regarding wireless range is the role of an

New age for Industrial IoT Radar solutions as antenna design company Radientum and sensing company Metirionic partner in design services The major challenge of adapting microwave or millimeter wave radar solutions is the complexity of the design, both algorithms and antennas/RF. For this reason, two companies, one from Finland and one from Germany, are partnering

Radientum Oy, Finland's leading antenna consultancy company, has moved its Espoo office to Otaniemi and is ready to hire more antenna/RF experts. Otaniemi in Espoo is the campus of Finland's largest technical university Aalto. It is located right next to Helsinki, the capital of Finland. "Close proximity to Aalto University, many of our business partners, and

After 4 years, we will finally get back to Munchen and Electronica in person. We welcome all our customers, partners, and others interested in developing IoT and wearable devices with reliable wireless connections to visit our stand. You will find reference products, great stories, and many lessons that will help you navigate the mystery of integrated

We're excited to announce our participation as an exhibitor at the biggest event for embedded electronics - Embedded World 2022 in Nuremberg. Hall 5, stand 5-371 Join Radientum at one of the largest events on embedded electronics. Read more about Embedded World 2022  Planning to visit the event? Request a ticket voucher for EW22 from us now. While you

As the number of wireless devices keeps growing exponentially the need to design antennas for those devices follows. This has led to a situation in the industry where there simply are not enough engineers who can design or integrate antennas. Most companies when developing wireless devices have very little knowledge of how integrated antennas work or

The partnership helps manufacturers to secure a smooth market approval for great products. Joint webinar on antenna development and the key considerations for market approval on June 17. CETECOM, your premier service provider for testing and certification of devices with radio technology and Radientum, the world’s most wanted antenna/RF design partner for wireless products that

Radientum is featured in an innovation publication attached to Helsingin Sanomat, the largest newspaper in Finland. The article is about innovations and how the future of innovation increases the pressure for more advanced antenna designs. Radientum is the company to enables your product to become wireless when it has previously not been possible with good quality.

Radientum has become an official Design & Integration Service Provider of the global electronic components distributor Digi-Key Electronics. You can now have access to our services directly from Digikey website while browsing various components and parts for your wireless projects. We're proud to say that our antenna & RF services are proving to be highly trusted

Radientum 5 years – from small to strong, well-known and goal oriented!

A small challenger has grown into a strong, well-known, and goal-oriented company. Radientum started its operations in December 2015 when Mikko Parkkila and Janne Heiskanen decided to employ themselves by starting a company. Microsoft had just laid off 2,300 people in Finland, and about 1,000 remained to develop future innovations. However, the rest of the operations were discontinued in 2016. From this drastic change

Measurement of Total Radiated Power(TRP) for FREE You have now unprecedented opportunity to get your wireless device tested free of charge in laboratory environment. – Offer applies only to radiated power measurements. – Only one device per customer and applies to new orders. – Device must be set to transmit power on a fixed frequency.

We now live extraordinary and dangerous times. Here at Radientum, we take the current Covid-19 pandemic seriously. The virus has hit severely many countries around the world including Finland. In order to protect our customers, employees and suppliers we do not keep any face to face meetings. We are working remotely and personnel amount in our lab

Meet us at Embedded World Congress 2020

The leading international fair for embedded systems is just around the corner! Where: Nuremberg Exhibition Centre – Hall 3, Stand 3-224 When: 25 – 27 Feb, 2020 We at Radientum are happy to announce our participation as an exhibitor at the Embedded World Congress this year in Nuremberg. Our team will be there to discuss 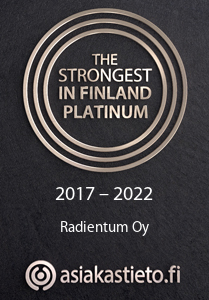 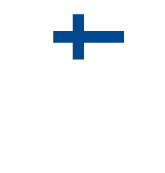 By subscribing, you’ll receive insights of interesting case studies about customer’s projects, updates on our technologies and services, latest news and trends in antenna industry, our special offers and a lot more!

This website uses cookies to improve your experience while you navigate through the website. Out of these cookies, the cookies that are categorized as necessary are stored on your browser as they are essential for the working of basic functionalities of the website. We also use third-party cookies that help us analyze and understand how you use this website. These cookies will be stored in your browser only with your consent. You also have the option to opt-out of these cookies. But opting out of some of these cookies may have an effect on your browsing experience.
Necessary Always Enabled
Necessary cookies are absolutely essential for the website to function properly. This category only includes cookies that ensures basic functionalities and security features of the website. These cookies do not store any personal information.
Non-necessary
Any cookies that may not be particularly necessary for the website to function and is used specifically to collect user personal data via analytics, ads, other embedded contents are termed as non-necessary cookies. It is mandatory to procure user consent prior to running these cookies on your website.
SAVE & ACCEPT
Go to Top